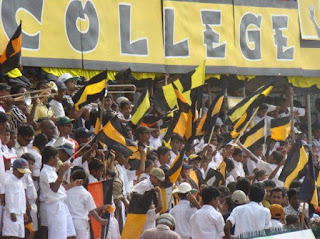 The Annual School cricket matches between rival schools is a very popular event in Sri Lanka. Many of the annual `big’ matches are held in March and the most famous and awaited of these all is the annual Royal - Thomian cricket match. Big Matches form an important part of modern Sri Lankan culture with both school children and adults taking part in much of the activity that is part of the annual matches.
Read Here 2014 Latest News >>>>>

The 134th Battle of Blues Big Match cricket encounter between Royal College and S. Thomas’ College will take place at the Sinhalese Sports Club SSC ground on March 7, 8 and 9 2013.

The 84th Battle of Maroons Big Match cricket encounter between Ananda and Nalanda College will take place at the SSC ground on March 2  and 3 2013. The One Day Encounter is on 10th March at SSC Ground Colombo.

The 108th Lovers' Quarrrel the Big Match cricket encounter between Mahinda College Galle - MCG and Richmand College  will take place at the Galle Stadium on March 22  and 23 , 2013. 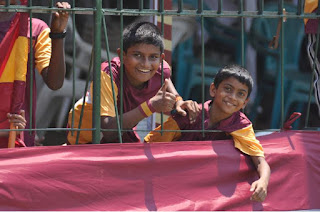 The Richmond–Mahinda Cricket Encounter is an annual cricket big match played between the first XI cricket teams of Richmond College and Mahinda College in Galle, Sri Lanka. It is one of the longest cricket match series in Sri Lanka, having been played for 108 years. The match is also known as the "Lovers' Quarrel" in public and it is played at the Galle International Stadium. Lovers' Quarrel was begun in 1905. Live Match & Score >>>
LankaUniversity-News.com Sri Lanka University News at 1:13 AM