Sri Lanka to set up Free investment zones for Education

Sri Lanka will set up investment zones to draw international universities to the country in a bid to boost higher educational services available to the people, a top official said.
Sri Lanka's higher education ministry secretary Sunil Jayantha Nawaratne said 'free zones' for education will be set up in Gampaha, Puttalam, Kilinochchi, Hambantota and Trincomalee.
Investors who can draw reputed international universities will be given 100 acres of land where they can build campuses with all facilities for students including sports and resident facilities.
"We are considering a budget proposal in this regard," Nawaratne said.
Rohan Samarajiva, head of LirneAsia, a think tank said a key cost barrier for private universities was the initial capital expenditure in land and buildings, which made fees charged from student very high.
Running costs could be found through fees, which were not very prohibitive, he said in an LBR-LBO CEO forum.
Sri Lankans lost the opportunity for higher education freedoms after degree awarding was made a state monopoly, in the style of restrictions imposed on the people by the Dutch East India Company, critics say.
The current administration is trying to give the education freedoms by allowing citizens to pay their way through a degree instead of studying 'free' at the expense of taxes collected from other people through the coercive power of the state.
Citizens are already going abroad to attend foreign universities at very high expense and there are also affiliated colleges which offer foreign degree programs.
UK's University of Central Lancashire (UCLan) is already building a 100 million dollar campus in Sri Lanka under a program promoted by the state.
Source-LBO
www.lankauniversity-news.com
LankaUniversity-News.com Sri Lanka University News at 12:20 PM 1 comment: 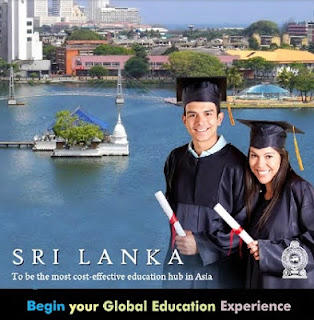 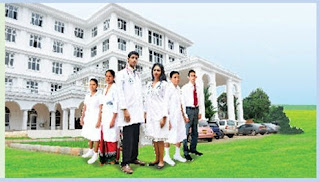