Sri Lankan Education Ministry has called applications from Graduates for the recruitment of Teachers to fill in vacancies in the National Schools.


A competitive examination will be conducted by the Examination Department and the relevant gazette has been released on April 12 2013. 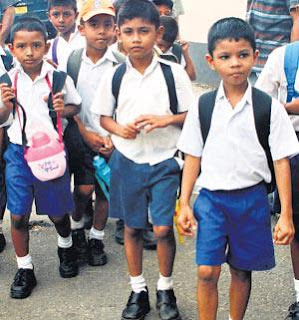 The Ministry of Education plans to develop 1,000 secondary schools and 5,000 primary schools, in order to lessen the demand for 'popular' schools. Highlighting Minister Gunawardena's recent statement in Parliament, that over 30 schools have been closed down over the last seven months, Stalin charged that the minister planned to shut down all but the 6,000 schools which will be developed under the Development Project.

"The ministry is providing human and physical infrastructure only to the schools which fall under the Development Project, and all others are left to crumble. Mega schools are being developed and the small ones are dying a natural death. When such things happen, students in rural areas will simply drop out of school and lose out on education. The rich will become richer, and the poor, poorer," he said. Regardless of the number of students in a school, each school has a duty to provide education to every student, and schools cannot be shut down on the whims and fancies of politicians, he added. Extract From Online CeylonToday


www.lankauniversity-news.com
LankaUniversity-News.com Sri Lanka University News at 9:20 AM No comments: 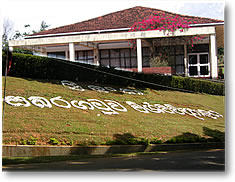 
www.lankauniversity-news.com
LankaUniversity-News.com Sri Lanka University News at 8:16 AM No comments: