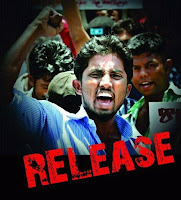 Sri Lanka’s main university students union “Anthare ”Inter University Students Federation (IUSF) convener Sanjeewa Bandara was granted bail this morning by the Gangodawila Magistrate court.
He was released on a personal bail of Rs.50,000  and was ordered to appear on the last Sunday of each month at the Mirihana Police station.
Bandara was arrested on July 08 for organizing a student protest on June 26 while ignoring orders issued by the police.
Another 8 students who were arrested for disregarding police orders and organizing a demonstration, have been released on bail.
www.lankauniversity-news.com
LankaUniversity-News.com Sri Lanka University News at 12:24 PM 1 comment:


The 2013 Z score cut off marks,university entrance application and handbook for the 2013/2014 academic year will be issued after releasing the re-scrutinized A/Level results 2013.
University Grant Commission UGC Chairperson Prof. Kshanika Hirimburegama says that students who have passed GCE A/Level examination 2013 will be admitted to universities by August and September 2014.
Read More >>>

UGC has first time introduced to get Cut off marks via sending a Short Message Service (SMS) from your mobile phone.This facility will available from tomorrow.

The Z score Cut off marks will be published in national newspapers including “Dinamina”. Also

The Z Score Cut off marks for the 2012/2013 university academic year will be released before Sunday (Before November 10) reliable source told Lanka University News. There will be a media briefing today evening at the UGC and we will update the exact date.

The Cut off Marks will be released to www.ugc.ac.lk official UGC web site.

The relevant acknowledgement letters to be posted Next week. About 8000 students will undergo the leadership training program in the First batch. Name list of the Students who have been selected for the 1st batch will be released to the Web site next week. www.leadership.mohe.gov.lk is the official Web Site for the Leadership Training Program. Selected Name list will be uploaded to http://pop.nodes.lk/mohesys/ Web link.

Commonwealth Heads of Government Meeting will be held in Colombo from November 10-17. The leadership and positive attitude development training program is scheduled to be launched in three sessions at 22 Army camps islandwide last week of November.
"UGC have received lot of applications and now at the final stage of processing them. The exact date of releasing the cut off marks will be informed in the near future, leadership training program will be held after releasing the Cut Off mark and after CHOGM. " Prof Kshanika Hirimburegama said.
The cut off marks are based on the 2012 GCE Advanced Level results. The UGC hopes to admit 23,125 students for 94 courses.
Earlier UGC has planned to start new academic year in December this year. But due to this delay it seems new academic year will delay.
The Cut off Marks will be released to www.ugc.ac.lk official UGC web site.
Some Universities already conducted aptitude and practical tests in addition to basic qualifications. Few universities have released the results to their web sites.

The cut off marks are based on the 2012 GCE Advanced Level results. The new academic year is scheduled to start in December this year. The UGC hopes to admit 23,125 students for 94 courses.
"We have received over 75,000 applications and are processing them. The exact date of releasing the cut off marks will be informed in the near future," she said.

Z Score Cut off marks for university admissions will be announced this October. The Cut off Marks will be released to www.ugc.ac.lk official UGC web site.

Some Universities are conducting aptitude and practical tests in addition to basic qualifications. The date of such tests will be published in newspapers.

Sri Lanka higher education ministry is prepared to conduct leadership training program for university freshers. It is expected to admit all students by December 2013.