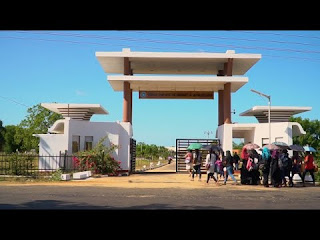 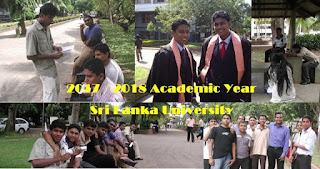 Much awaited, Z Score Cut off marks for the 2019/2020 university academic year will be released June to www.ugc.ac.lk and www.selection.ugc.ac.lk websites according to the UGC Sources. UGC has not confirmed the exact releasing dates. Lanka University News trying to get the exact date.

Students those who have issues and problems with University Entrance, Z Scores and Aptitude Tests can get further details from below mentioned Telephone numbers.


Don’t hesitate to call UGC and get expert advice to your problems. They are very friendly and will solve your all problems.


Sri Lanka Higher Education Ministry sources says that the students who are qualified for the 2019 University Academic year based on 2018 A/L results will be admitted to campuses before the end of 2019.

More than 30,000 students will be enrolled for this academic year. Several new subject streams to be introduce this year.


Z score cut off marks of Past years can be obtained from www.ugc.ac.lk web Site or www.selection.ugc.ac.lk


If you want to get an idea whether you have selected to University or not, just follow last years’ Z Score attached abow.


But this will Not exactly tell you, that you would select for this year. Also you can get an idea by comparing your Island Rank & District Rank with a friend or student who selected campus for earlier Academic year.


Please consider these options only an indication. To know it exactly whether you selected university or not, students have to wait till Z Score officially release.


University Entrance process will be as follows.

University Z Score Cut Off Marks to release 2019 May to www.ugc.ac.lk

Minimum Z-scores for selection to courses of study of universities in respect of each district and detailed information of course selection based on the GCE (A/L) Examination in 2018 can be accessed through the following modes after release; 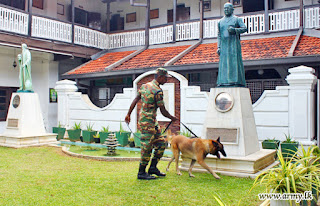 Teachers unions, principals union and parents opposed the government decision of opening schools as still massive amount of explosives, ammunitions, swords and warlike items are still recovering during search operations daily. These findings have made students and parents panic and worrying as feeling of uncertainties still prevailed.

Government says decision was taken after consulting police and armed forces. “Security has been tightened around schools, reopening decision was made after security units reach a clear consensus on the security situation in every school” Education Minister Akila Viraj Kariyawasam said.

The government initially planned to reopen schools for all grades from May 6 Monday, but due to security measures decided to reopen them in two phases.
The government has decided to open classes only for students above grade six and postponed commencing classes for grades one to six for next week May 13.

Despite the government decision, the head of the Catholic Church in Sri Lanka, Cardinal Malcolm Ranjith, has ordered Catholic schools not to reopen on May 6 Monday due to security reasons. Catholic schools are expected to reopen for the second term on May 14.

Though, security forces launched massive search and cleaning operations island-wide before reopening schools, poor turnout of students recorded at schools in and around Colombo.
According to reports, less attendance reports in most schools, especially in Colombo and Negombo.
Education Ministry said that the attendance of students in village schools (out of Colombo) had however shown remarkable figures with teachers’ attendance was satisfactory.
Sri Lankans are getting used to normalcy but daily findings of Explosives, ammunitions, swords and warlike items during search operation have made students, parents panic and worrying.
A worrying mother Umanga Hettiarachchi speaking to "Lanka University News" said that she is not happy about the government’s security arrangements for schools and not send her kid to school.
“I dont feel safety about our kids. Even though government says that they provided enough security for every school, I don’t believe it and not satisfied. Only one security officer has assigned for the whole school & government asks principal & staff to take the responsibility of students safety”  she said.

Popular private tuition teacher Mahen Kumarage speaking to "Lanka University News" told that government has given enough security for their classes.
“During last few days there were considerable drop of students’ attendance but now students are coming again as confidence building, during my sessions I took several minutes and I teach them the importance of being unity with other races and other religions”

“One student, I taught, died with her mom. Heartbreaking to visit her class on Monday to see the empty chair” emotional female teacher from international school in Colombo told LuN.
“The whole world has terrorist threats. Only difference is the other countries take proper security measures to protect their nation. Unlike our leaders who knew and peacefully slept on the 20th night”.

Though the schools reopened, several Universities are not re-open yet as scheduled before until permission is given by the National Security Council.
Sri Lanka University Grants Commission (UGC) says that universities will be re-opened after the security forces ensure the security of university premises.
The commission says police and tri-Forces have been deployed at every university across the island. Each University will be inspected thoroughly by the security personnel before the universities are to resume their academic activities.
In a bid to ensure maximum safety of students and staff the UGC has released guidelines ahead of the commencement of sessions at state universities and higher educational institutes.
All persons including students and academic allowed to enter university after ID card verification, physical body check and checking of all bags, back packs and belongings.
All vehicles including threewheelers (Tuk Tuk), scooters, motorbikes and cycles will be subject to security checks before being permitted to enter the university.
Bags, backpacks are strictly prohibited in lecture halls, examination hall and in the laboratories. Students are strongly advised to minimise carrying bags and backpacks around the university premises and at the canteens.
“Once the security units check the premises of all universities, the status will be reported. Thereafter, the vice chancellors can decide on the dates to recommence their respective universities” UGC issued a statement.
Meanwhile, The President and Secretary of the Jaffna University Students Union were arrested during a search operation, while apprehended with photos and posters of  LTTE Leader Velupillai Prabhakaran.

Sri Lanka government on April 30, issued an extraordinary gazette banning face covers including Muslim females dress Burqas and Niqabs.
"No person shall wear in any public place any garment, clothing or such other material concealing the full face which will in any manner cause any hindrance to the identification of a person" gazette further says.
Following the regulations, now Universities and schools are not allowing students or teachers to enter or stay within the premises with a face covers.

Most of schools and Muslim schools in the country were seen putting up notices to all its staff members, students and visitors to refrain from entering the premises by wearing full-face helmet, Burqa, Niqab or carrying large bags.

Muslim female student told LuN that she feel shy to going to higher education institute without face cover as she is wearing Niqab from long time.

Chairman of the University Grants Commission (UGC) Prof. Mohan de Silva says that there is no university named ‘Sharia University’ under the jurisdiction of the UGC refusing media reports UGC involvement.

“University Grants Commission categorically states that no organization by the name of ‘Sharia University’ or ‘Batticaloa Campus’ has ever requested permission, nor given authority by the Commission to conduct degree courses.” UGC said releasing a media release.

Following heavy criticism, Sri Lanka President Maithripala Sirisena said on May 8th that Batticaloa University will be regulated under the Higher Education Ministry. President further said that university expected to continue as a private university under the rules and regulations of the Ministry of Higher Education and, there will be a clear decision regarding the curriculum maintained by the university.
Meanwhile, Sri Lanka government has expelled around 200 Islamic clerics after the Easter bombings. The clerics are believed to have entered the country legally, but due to security crackdown after the attacks, they were found to have overstayed their visas for which fines were imposed and they were expelled from the island.

Sri Lanka government planning to bring new act “Counter Terrorism Bill” as existing laws are not sufficient to face the global terrorism. Opposition parties and students unions are against the new act saying new act include several articles that suppress the people and completely violate the people's rights.

The Tri-Forces, Police and the Civil Defense Force together have launched a massive special operation since May 01st to ensure the safety of schools. Every school thoroughly inspected before the resumption of academic activities. Every school has at least one security personnel. In addition, the stationary patrols and special search teams deployed to ensure security of schools.

“Security has been tightened around schools, Principals, teachers, parents, alumni and students are also responsible for the security of school children. Safety of the children is a national and a civic duty of everyone at present. Education Ministry has taken every step to protect the school children” Education Minister Akila Viraj Kariyawasam said.

During a search operation was collaboratively carried out by the Army, Police and the Special Task Force, about 200 ammunitions were recovered from the premises of a girls’ school in Gampola village. Police suspected that due to intensified raids in the area, someone have thrown away the ammunition parcel into the school premises.

As schools close, some parents asked their children to use internet and online tutorials till schools are open as they are getting ready for university entrance examination this August.
Some parents had to treat their children as they suffered with depression following easter Sunday attacks.  Some students reportedly mentally upset and had to get treatments parents had to
After three successive days of numbness, fear, anxiety, trauma,

Issuing a statement today (May 10), UGC requests Vice Chancellor to decide the dates of academic activities commencement at any date from May 13, if VC’s are satisfied with the security situation.