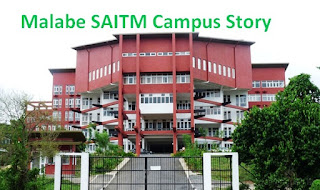 The court decision followed a long dispute, and protests and strikes by public university student unions and doctor unions. Students were injured and 21 arrested during another march on Thursday.

In a verdict announced on 31 January, the Sri Lankan Appellate Court directed the Sri Lanka Medical Council to provide provisional registration as medical practitioners to students graduating from SAITM in Malabe, which is close to the capital Colombo.

The ruling came after a writ was filed by MBBS students of the private university, when the Sri Lanka Medical Council refused to register a batch of its graduates.

Health Minister Rajitha Senaratne hailed the verdict. He said the country needed private medical universities as it was practically difficult for state universities to provide opportunities for all students.

According to Higher Education Minister Lakshman Kiriella, several foreign universities are closely monitoring the SAITM case with a view to setting up branches in Sri Lanka.

Institutions such as India’s private Manipal University have expressed a willingness to establish campuses in the country.

SAITM students and their parents welcomed the court verdict, but protests against the university are likely to continue.

Doctors in Sri Lanka have threatened island-wide strike action beginning next week. From the beginning, doctor unions have opposed the institution.