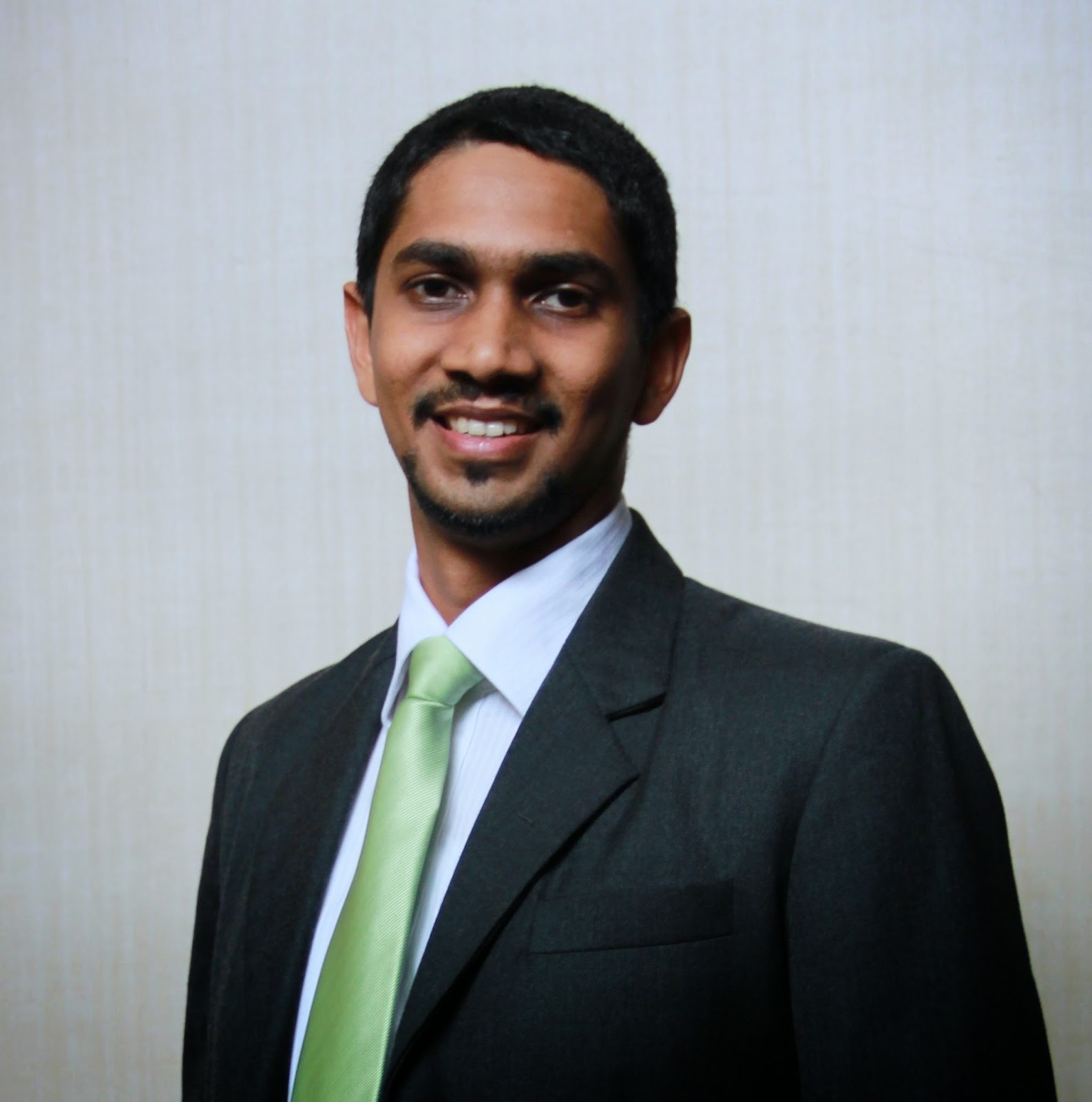 Chalinda Abeykoon’s University of London degree has equipped him with the knowledge and skills to contribute to the growth of Sri Lanka’s IT industry.
After graduating with a BSc Information Systems and Management in 2009, Chalinda secured a job at the Information and Communication Technology Agency (ICTA) of Sri Lanka, which is the apex body involved in ICT policy and direction for the nation.

Working in the Investment and Private sector development programme, Chalinda has been instrumental in helping to launch more than 20 start-up technology companies.

“I help budding entrepreneurs in evaluating and refining their ideas. This is usually done at universities and open mic sessions. Once start-ups are selected for the programme [following three selection rounds], I work closely with them in monitoring their growth and providing continuous mentoring as well as guidance on business strategy, among other things.”

Chalinda credits his degree, which he studied through the University of London International Programmes at Royal Institute of Colombo, for giving him the edge when applying for his job.

“My degree in Information Systems and Management allowed me to equip myself with a broad set of tools and skills through the study of subjects covering IT, Management, Sociology and Mathematics. Hence I was able to demonstrate the diversity of my knowledge and understanding in working for an organisation which looked eDevelopment at a national level,” he said.

He added that the degree programme, which was developed by the renowned London School of Economics and Political Science, allowed him to gain a deep understanding of his core subject matter, as well as providing the opportunity to take other subjects that complemented the main stream of study.

“This ensures that at the end of three years you will have a broader knowledge which is highly valued by the corporate world and you will be able to position yourself as someone who can to tackle multiple challenges at a very early stage in your career,” Chalinda said.

And as a start-up evangelist, tackling early career challenges is Chalinda’s area of expertise. His advice for budding entrepreneurs?

“As a start-up, your primary goal should be to solve a problem. So find out as much information you can about the problem and the gaps between the existing solutions. Always remember to engage your potential customers since day one.”

If you want to find out how a University of London degree could set you on the path to a great career, come along to the Open Days run in collaboration with our local teaching centres 18-20 July 2014.

Attendees will be able to meet University of London academics and find out about the range of economics, finance, business, management and law programmes that can be studied in Sri Lanka.

Study in Sri Lanka, graduate from the University of London

In the last four years suppression of Sri Lankan students has been at its highest since the 1990s Marxist insurgency which left many students dead, according to a report released this week by student and human rights groups.

The government has used various methods at its disposal such as using the law and law enforcement agencies to suppress students, attacking protests and threatening and targeting student leaders, according to the 69-page report State Suppression Against Students’ Movement of Sri Lanka, released by the Inter University Students’ Federation, or IUSF, and Students for Human Rights.

The report covers incidents at 13 state universities from 2010 until early 2014.

IUSF said its aim was to expose the “real nature of the current government” in violating the human rights of students.

According to statistics presented in the report, during the last four years suppression of the student movement has increased to reach brutal levels.

According to the report, in the last four years alone there were 1,420 expulsions and suspensions of students from universities, 231 arrests and 426 lawsuits. Some 218 students, including student union leaders, faced death.

Three students activists – Susantha Bandara, Janaka Ekanayake and Sisitha Priyankara – were murdered during this time. In all three incidents the government “managed to suppress the truth by false propaganda and delaying the proceedings in the court”, the report claims.

The report said there were 391 suspensions from Sri Jayewardene University in Colombo, and 223 students at Peradeniya University – an IUSF stronghold – also faced suspensions.

In early 2012 a bomb blast that damaged the symbolically significant Student Heroes Memorial at the university, dedicated to students killed in previous uprisings, unleashed a wave of protest during which more than 100 students were arrested.

During the past four years the Higher Education Ministry has banned 36 student unions and councils allegedly for 'ragging' – maltreatment of freshers – according to the report. The government wanted to ban the IUSF.

Tilvin Silva of the JVP, a Marxist party, called on the government to stop student repression. He claimed thugs “led by government politicians” had broken into universities to attack students. It “is a serious situation”, he said.

A group of around 500 people armed with clubs forcibly entered Ruhuna University on 2 June and attacked students for not allowing an exhibition of the government’s national development plan to be held on the university premises. Eight students were reportedly injured in the attack.

Commenting on the report, Sri Lanka’s Higher Education Minister SB Dissanayake disputed the report. “The figures issued by IUSF are wrong; there may be few class suspensions but not studentship [scholarship] suspensions as mentioned here.

“The Higher Education Ministry is not influencing universities regarding punishments. Universities have [their] own set of procedures to handle it when students have done wrong.”

Universities conducted investigations and punished students, Dissanayake stressed, and accused the IUSF – which has the backing of the Marxist party – for being behind campus unrest.

Last week around 300 students surrounded the office of the vice-chancellor of Rajarata University, demanding that the university lift its order to suspend several student leaders.

Students held the vice-vhancellor and several lecturers hostage, and police in riot gear were called in to free the university officials.

After a tense standoff as police beefed up security near the campus, students finally allowed the vice-chancellor and others to leave after holding them for almost 24 hours.

Police are still searching for 38 students believed to be involved in the hostage-taking.

Later, the vice-chancellor closed down the university. Student unions and councils have been banned from campus.

Commenting on the report, Brito Fernando, president of Families of the Disappeared, or Fod, said abducting, assaulting and illegally detaining students and ‘forged suspensions’ were a grave violation of the fundamental rights of students.

“There were human rights violations during the war. The war is over, now the pressure has moved to student movements. This is a very critical thing – the government has launched a campaign of repression against student activists fighting for education rights,” he said.

“If we let the government destroy student unions and suppress their activities, it will be a disaster that will affect other parties also,” Fernando said, adding because the student movement was strong in Sri Lanka, how the government treated students could have a knock-on effect on teachers, labourers, trade unions and other civil society groups.