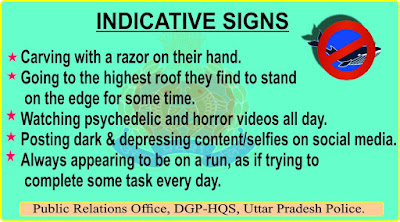 An official attached to CERT said that CERT has been monitoring all the media reports which had been published in recent months on the Blue Whale suicide challenge, and urged parents in Sri Lanka to monitor their children’s internet movements.

The Blue Whale Challenge is a 50-day fatal game which demands that players complete tasks given by an anonymous "handler". The "handler" instructs the players to cause self-harm, leading up to suicide. Some of the tasks include waking up at odd hours to watch a horror movie to carving a blue whale on one's body. The deadly game is believed to have led to nearly 100 deaths in the US, China and other countries. 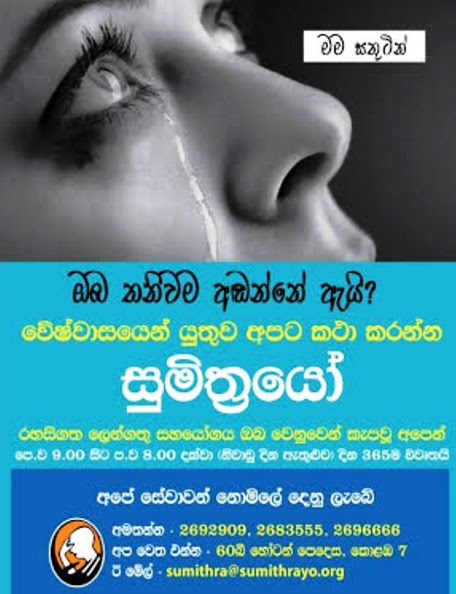 If you or someone you love is considering suicide, please call the toll FREE 1333 or 0112696666 Suicide Prevention Lifeline.

The game has been making inroads in India too. It came to light when a 14-year-old boy in Mumbai committed suicide by jumping off a seven-storeyed building.
Most recently, Vignesh, a 19-year-old college student from Tamil Nadu's Madurai district committed suicide on Wednesday by hanging himself inside his house with authorities linking it to the Blue Whale Challenge. According to his suicide note, Vignesh wrote: "Blue whale is not a game, once you enter you can't exit." Police also found the image of a whale carved on Vignesh's left hand with 'Blue Whale' beneath it.
Such cases have sprung up in Uttar Pradesh and West Bengal too. States have advised schools, teachers and parents to counsel children about the risk of such dangerous online games.
Panic has spread in many countries globally after reports alleged that several teen suicides may have been linked to the Blue Whale suicide challenge which requires a player to end their lives in order to win the game.
The game is said to have originated from Russia and may now be finding its way around the globe.
According to Yahoo News, the Blue Whale reportedly targets players between 10 and 14 years old, pushing them into completing a list of pained daily tasks such as waking up in the middle of the night, cutting shapes into their skin or contemplating death.
As the game progresses over several weeks, participants reach a final task – committing suicide.
The game that has been spreading online among teens has led to warnings from police across Europe and Russia, Central Asia and North and South America.
According to media reports and investigations, the game involves players being given a master that will control them and make them do tasks every day for 50 days.
Some of the tasks that are being carried out include such as waking up in the middle of the night to scratching a blue whale somewhere on their body.
‘On the 50th day the masters behind the game instruct the young people to commit suicide and sadly across the world some have done this,’ reports said.

According to the Sun, Philip Budeikin, the inventor of the game, was arrested in late 2016 in Russia.
At the time of his arrest, he said: “Yes, I did… and they died happy. I gave them what they do not have in real life: comprehension, communication and warmth.”
Source – Internet

If you or someone you love is considering suicide, please call the toll FREE 1333 or 0112696666 Suicide Prevention Lifeline. 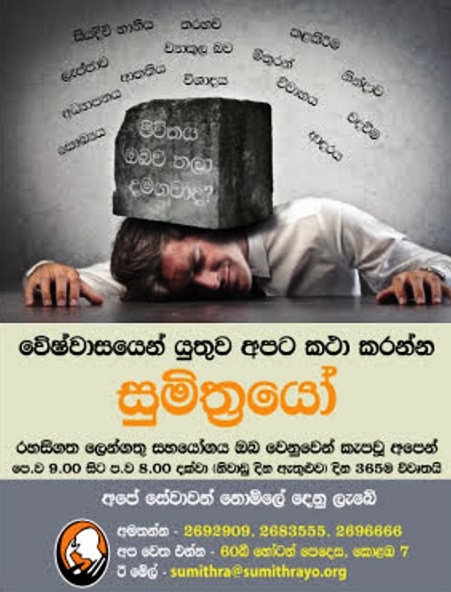 Currently Sri Lanka is rated 4th highest in the world for suicide with over 15 people dying by suicide everyday in Sri Lanka. For every one person who dies by suicide, there are ten others who fail in their attempt. CCCline’s 1333 short code number is a toll free number accessible to all people of Sri Lanka. The service currently averages around 2,500 calls every month