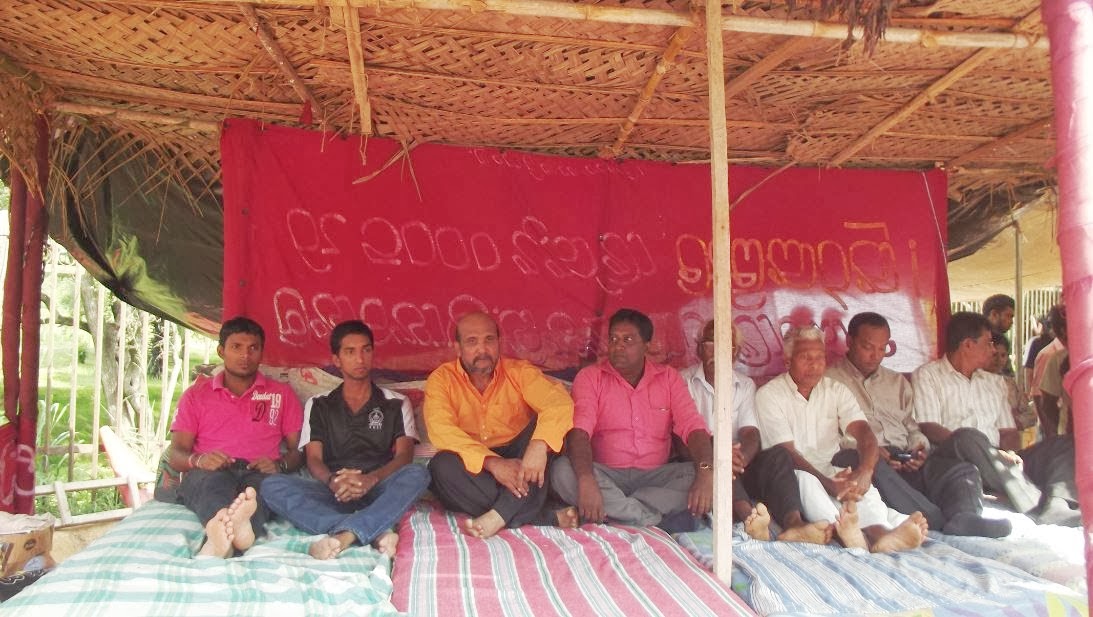 Police removed Rajarata University students from Sathyagrahaya  location and arrested 9 students.
Tense situation arise after Police arrested several students who were staged a Sathyagraha campaing in Mihintale. The Protest fast, which was initiated against the suspension of 27 students, has been held for 65 days.
The Rajarata University Student Leaders’ Council said that so far tangible steps have not been taken by the University administration to address the issue and bring an end to the protest.
The Students’ Council claimed that the suspension of the 27 students was unfair and that it revolved around protests against privatizing education in Sri Lanka.

Mihintale Police had  filed a case at the Anuradhapura Magistrate’s Court stating that the public is being inconvenienced due to the fast.
Later Anuradhapura Additional Magistrate issued the order for the fast to be removed from its current location.
However, Rajarata University Students stated that they had not accepted the order and stated that the fast will continue until solutions are granted for their demands.