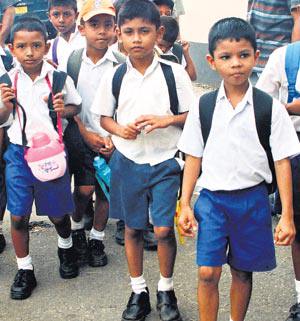 Reduced Cut Off marks of 2014 Grade 5 scholarship examination released Today to the internet.

According to the 2015 Budget proposals, Education Ministry to be reduced the cut-off marks for students who sat the August 2014 Grade / Year Five Scholarship Examination (Paha Wasara Shishathawa Wibagaya). 163 Pass marks to be reduced 157 marks and for rural districts Pass Marks will be marks 152.

2014 Grade 5 scholarship examination cut-off marks for popular schools will be released in December.

The relevant forms to apply for popular schools have already been sent to the zonal directors of education. Then the application forms will be given to the relevant principals to be distributed among the parents or guardians of the students. The application forms should be duly filled and handed over to the principals to be directed to the ministry. Accordingly, the students will receive new schools in January.

Examination based on Budget proposal will be released Today.  The results can be surfed on the Internet.  President Mahinda Rajapaksa has proposed in the 2015 Budget to increase the number of Grade 5 Scholarships from 15,000 to 25,000.
Accordingly, the Ministry of Education has reduced the cut off marks from 163 to 157.  The cut off marks based on school levels will also be released shortly.  At the same time the budget has proposed to increase the Scholarship Assistance from 500 rupees to 1500 rupees.  The students who have obtained 70 marks for both papers will be issued a certificate confirming that they have passed the Examination.  He said that the cut off marks has announced for the purpose of providing relevant scholarships.

The Minister announced that from the 18th of this month the Mahindodaya Scholarship fund will be established to provide scholarships to secondary education students.


He said under this fund scholarships will be provided to the students who are studying GCE Ordinary level and GCE Advanced level.  The Minister said that President Mahinda Rajapaksa has donated his salary for the fund and the people can also contribute for this fund.  He also stated that Information Technology will be taught in the schools as a subject from next year onwards.  This subject will be taught from Grade 6 onwards.  Speaking further the Minister said that all Mahindodaya schools will be upgraded as English speaking schools from next year.   He said that another programme of providing 20 marks for English listening and Speech   will be introduced from the year 2017.  Under this programme the Friday school meeting will be held in the English Language.  In addition to this, he said that steps have been taken to establish Mahinda Rajapaksa Colleges in the 9 Provinces and thereby increase the Information Technology Literacy to 75 percent by the year 2016.
Source -SLBC