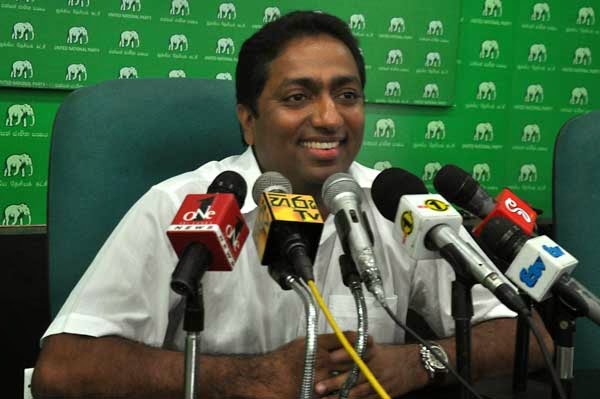 Akila Viraj Kariyawasam is a Sri Lankan politician and a member of the Parliament of Sri Lanka.
Kariyawasam holds a BA degree in Economics, Political Science & International Affairs from the University of Colombo and a LLB is Law from the Open University of Sri Lanka. He's the Chief Organizer of the United National Party for the Kuliyapitiya electorate and is the party's leader for the Kurunegala District.
Kariyawasam is considered a staunch believer of the UNP policies and conservative ideologies. He has won a reputation among the general public as a parliamentarian who talks substance.