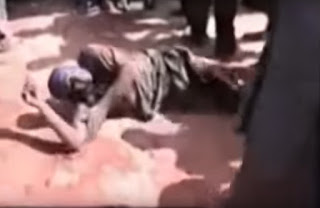 Later, 15 second year undergraduates of Peradeniya University who were arrested in connection with a ragging incident have been
suspended. University Vice Chancellor Professor Upul Dissanayake announced the decision and said that the students will not be allowed to lectures until investigations into the incident are over.

Meanwhile Sri Lanka President Maithripala Sirisena said he had directed the Police head, IGP to take necessary action against those involved in ragging in universities with the co-ordination of university authorities. President further directed the IGP to draw up a practical plan in association with the University administration to eradicate inhuman ragging in universities carried out by a minority student group disrupting the education of a majority of disciplined and law abiding students.

Sri Lanka University Grants Commission (UGC) set up an Online complaints mechanism to quickly lodge complaints about University Ragging, Harassment, intimidation, and bullying. UGC said that every complaint will be investigated and that victims will be offered support and aid. Any member of the university, students, academics, non-academic staff, or administrative staff, can lodge a complaint by going to the UGC website or calling the UGC.

The UGC said in a statement said that any member of the University Community could lodge a complaint regarding incidents of ragging, harassment, intimidation and bullying by accessing the link from the UGC web site www.ugc.ac.Ik/rag securely and confidentially.

It said all complaints lodged would be investigated and victims of such incidents would be offered support and redress. It said affected students could also reach out to the UGC hotline 0112-123700, 0112-123456 by following the instructions provided through the Interactive Voice Response System. When the complaint was lodged, the relevant authorities such as the Vice-Chancellor and Student Counselors would be alerted by the UGC.