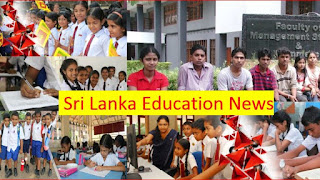 He said the Education Ministry should act based on the information received from the non-health risk schools and accordingly could commence educational activities in other schools in the rest of the areas in the WP. Hence, such recommendations should be submitted to the Ministry before February 10.
Based on that, decision will be taken subsequent to the recommendation by the Director General of Health. He said the District Development Committees will meet on January 28, 29 and February 1 to take appropriate decisions regarding the commencement of schools with the participation of the Regional Health Officers.
Accordingly, it was revealed that there are 1,576 schools in 11 education zones in the WP, from those schools, nearly 79,000 children are scheduled to sit for the GCE Ordinary Level Examination scheduled to be held in March, he said.
The Health authorities have agreed to open 907 schools in the WP from January 25 for the students who will appear for the O/L Examination this year, he said.
It was decided at a discussion held at the Ministry yesterday about the commencement of schools for other grades in the WP after consulting all parties including the Government Agents, Divisional Secretaries and Chairmen of the Regional Development Institutions in each District, Prof. Perera added. Source – DailyMirror
www.lankauniversity-news.com
LankaUniversity-News.com Sri Lanka University News at 10:51 PM

Email ThisBlogThis!Share to TwitterShare to FacebookShare to Pinterest
Labels: Western Province Schools to open by February 15