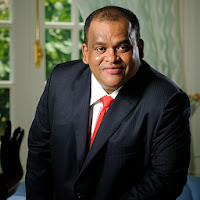 This is Sri Lanka's Millionaire & a Billionaire Businessman, one of the Wealthiest person,Dhammika Perera's Success Story.
This article was extracted from World famous Business Magazine “Forbes” .

Dhammika Perera didn’t become one of Sri Lanka’s richest people by luck. It was actually by design.
Back in 1999, when he was 32, he developed a 20-year plan for his fledgling businesses with the help of a mentor. His audacious goal: Become the country’s leader in each of 12 sectors by 2019. He’s already succeeded in 9 of the sectors, building best-in-class companies in tourism, banking, apparel and other industries. Indeed, his Royal Ceramics Lanka appeared in 2010 and last year on FORBES ASIA’s list of the best 200 listed Asia-Pacific companies with under $1 billion in annual sales.

Empire
Today his empire boasts 23 listed companies–that’s 8 percent of all companies traded on the Colombo Stock Exchange–and dozens of private ones. His reach extends to Thailand, Indonesia, Japan, the U.K. and elsewhere, and those outfits employ some 62,000 people.
He supplies Wal-Marts in Canada, makes blue jeans for Levi’s and produces tea that’s shipped worldwide. With Sri Lanka growing fast since its 26-year civil war ended four years ago, his companies are taking off. His listed stakes are worth $190 million. But his three Colombo casinos and other unlisted assets boost his wealth to roughly $550 million, one of the country’s four biggest fortunes (see below). He says his companies pay 5 percent of all corporate taxes in Sri Lanka, and his goal is to raise that number to 10 percent because “more taxes mean [his companies are getting] more business and a bigger market share.”
Perera, 45, works from a cavernous and spartan office on the 29th floor of the west tower of Colombo’s World Trade Center, the country’s tallest building. But this isn’t an executive suite; it’s an investment office. He doesn’t run his companies–he buys controlling stakes in them. Using mathematical models that he’s developed over the years, he’s a numbers guy who hunts for undervalued assets and then swoops in. Once he has the right managers in place, he gives them their head. A turnaround artist, he gets credit for revamping much of corporate Sri Lanka, which stagnated during the long years of war as foreign investors stayed away and competition shriveled.
There are only a handful of pictures in his office, and two of them are of Perera shaking hands with President Mahinda Rajapaksa. He is a big fan of Rajapaksa. “Only he had the guts to end terrorism,” says Perera. “He put himself in harm’s way.” The president, in turn, has appointed Perera to top government positions. He was chairman of Sri Lanka’s Board of Investment for three years, until 2010, where he would meet with anyone looking to invest $50,000 or more in the country. He’s now Sri Lanka’s secretary of transport, working to develop the highway system as part of a 25-year master plan. He’s also one of five board members of the Strategic Enterprise Management Agency, which oversees state-owned enterprises. These posts, all unpaid, have generated criticism from some for the appearance of conflicts of interest and praise from others for his service to the country.

Business background
Perera’s story isn’t rags-to-riches. He says his great-grandfather was the richest person in his home village of Payagala, an hour’s drive south of Colombo. He owned most of the farmland in the area, but being rich in poor, rural Sri Lanka was like being middle class in Colombo, which is how Perera grew up. His father was in the grocery business. He credits his mother, a schoolteacher, with teaching him cash-management skills. She began giving him an allowance of $3 a month at age 11, and for eight years he had to stretch that money to pay for drinks, food and school fees.
A born investor, he started as a teenager by putting money into a street hawker’s business in front of his uncle’s café. Then he rented slot machines and installed them inside the café. In 1987, with the country four years into the civil war, Perera dropped out of the University of Moratuwa, a top technology school south of Colombo.
Instead, he went to Taiwan for three months of technical training, then returned home and started a business making slot machines, instead of just renting them. He hired his 17-year-old brother, Harindra, as the floor supervisor of their new factory. (Their youngest brother, Anuradha, was only 15 at the time but now is also in business with them; they have one sister.) In 1993 he moved into the gambling business itself, opening his first casino. He’s replacing the casinos now, starting with construction of the 40-story, 500-room Queensbury Integrated Resort & Casino, which will cost $350 million. But he no longer makes slot machines, and he likes to downplay his involvement with casinos, saying they account for only 3 to 4 percent of the total profits of his companies.

New turn
In 1999 his career took a new direction when he found a mentor in Nadeem ul Haque, the senior resident representative of the International Monetary Fund in Sri Lanka. Perera says ul Haque, “encouraged [him] on how to behave, how aggressive to be.” Ul Haque organized a seminar for him on infrastructure and business development at KfW bank in Germany. Perera came back “with a new perspective on mathematical models.” He had earned a better appreciation “for how to avoid risk factors and for cash-flow management.”
Ul Haque and Perera then sat down and drew up the 20-year plan. With six years to go Perera still needs to conquer 3 of the 12 sectors: health care, insurance and telecoms. He has plans for the health care and insurance sectors, but he is still pondering what the right business model will be for telecoms because the technology changes so rapidly.
Today ul Haque, now the deputy chairman of Pakistan’s planning commission, looks back at how Perera has been able to maneuver around Sri Lanka’s often business-stifling government: “I was particularly impressed by how he converted limited regulatory space into a financial empire. Even more interesting, he was able to lever his business empire into politics and established himself at the policy level in Sri Lanka.”
One of the 12 sectors is tourism, and Perera began investing there in 2000 in anticipation of the war ending. He now has a number of luxury resorts and hotels–600 rooms in all, with another 1,200 in the pipeline. Sri Lanka got more than 1 million visitors last year for the first time. He envisions 2.5 million visitors by 2016 and 5 million by 2020.

A chat with Perera begins with math. He has built his empire largely through acquisitions–15 in all–and for him, fixing companies comes down to getting their mathematical models right. His staff researches business models and balance sheets. “With that knowledge, [we] can identify companies” that are good acquisitions. He makes it sound easy. “Of course!” he says.

Failure and success
Some purchases, however, don’t pan out, and Perera isn’t shy about discussing them. There was a clothing and department store business he exited after one year because custom duties made the business model unworkable. He had a small interest in three ships for a decade, but the global recession that began in 2008 made the shipping business “no longer worth the headache.” There was a local bank he bought with the idea of using it to buy other assets and then turning it around. But reviving it turned out to be more complex than he anticipated, and it failed to give him access to other deals he wanted, so he sold out after 2 years.
Perera is also proud to recite his successes. Royal Ceramics Lanka, which makes ceramic tiles and porcelain bathroom fixtures, earned only $400,000 in 2000, when he bought it; it’s expected to post $18 million in profits on $127 million in revenue for the year ending Mar. 31. Local bank Sampath went from a $10 million profit in 2007 to a $41 million profit last year. He saw untapped value in 135-year-old conglomerate Hayley’s and began buying up stock. He’s now the largest shareholder; Hayley’s is his biggest deal and, with $615 million in revenue for the 12 months ended Sept. 30, it’s his biggest company. Profits have soared from $2.8 million in the year ended Mar. 31, 2009, when he joined the board, to $20.5 million over the 12-month period.

Association with Nimal
His right-hand man in deal making is Nimal Perera, who is unrelated. He met Nimal after buying Pan Asia Bank in 2000. Nimal, 54, worked there and advised Dhammika on buying shares. After he decides on a purchase, Nimal closes the deal. Dhammika sets annual goals for each company, and if it meets the goals, then the management is left alone and “we’re just investors,” he says. If the company doesn’t perform, then the two “interfere in the business” to bring it up to par. Turning around a company begins by changing the management and changing the business model, says Dhammika. He compares a company with world standards by looking at the best company in that sector and aiming for that level.
Many of Perera’s private holdings are waiting to reach a certain size before they’re packaged for an initial public offering. His first holding company, Vallibel One, contains stakes in seven of his listed companies and went public in June 2011. He plans to create a Vallibel Two, Three, Four and Five. Three of these will be for his children, all daughters, ages 13, 10 and 7. “They will own the business, but professionals will manage it,” he says. And the other two Vallibels? “For charity.”

As a Buddhist, as is most of the country, Perera meditated regularly for two years beginning in 1999. He credits meditation with increasing his focus, but he felt that the experience was becoming too intense and he stopped. He doesn’t like to drink or watch movies. He likes cars but only Mercedes–he has six of them. He says he’s owned only two watches in his life, both Rolexes. But these signs of wealth don’t seem important to him. What he really enjoys is spending his leisure time studying the business models of companies around the world.
“I need a little pressure on my mind to be happy,” he says. “Then I feel aggressive, able to work and feel pressure. Otherwise, I’m lazy, too relaxed.”

Dhammika Perera’s estimated $550 million fortune is most likely one of the four biggest in Sri Lanka. It’s impossible to rank the four piles because much of the wealth is held in private assets, but in alphabetical order, here are the other three:

Harry Jayawardena
Chairman of the Stassen Group, which he founded as a tea exporter in 1977, and conglomerate Distilleries Co. of Sri Lanka. The 71-year-old was awarded the Knight’s Cross of Dannebrog by Queen Margrethe II of Denmark for his contributions to Danish arts, sciences and business.

Hari and Mano Selvanathan
The brothers’ empire is largely private. Their listed companies Carson Cumberbatch, Bukit Darah, Ceylon Beverage Holdings and others are involved in palm oil, financial management, brewing, real estate and hotels. Hari, 64, and Mano, 66, are the grandsons of an Indian immigrant who arrived in Colombo nearly 100 years ago, started a petrol station and never stopped expanding.

This article Extracted from Forbes.com.
(This story appears in the December 2, 2013 issue of Forbes Asia)
www.lankauniversity-news.com
LankaUniversity-News.com Sri Lanka University News at 11:33 PM