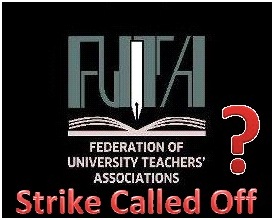 The Federation of University Teachers’ Associations (FUTA) threatened to resume their suspended trade union action if the Higher Education Ministry did not respond to them before April 10.
Ministry had not implemented the agreement that the FUTA entered into with the government when they suspended the 100 days long strike in 2012, FUTA Executive Committee member Dr. Nirmal Ranjith Dewasiri said, adding that the agreement had been signed by Economic Development Minister Basil Rajapaksa on behalf of the government.
"We will send a letter to the Higher Education Secretary today seeking s response before April 10," he said.
Dr. Dewasiri said that according to the agreement, the Higher Education Ministry and the University Grants Commission agreed to consult the FUTA when taking decisions regarding the private universities, but ministry did not inform them when issuing gazette notifications regarding private higher educational institutions.
He said the university autonomy was highly recognised by the agreement, but Higher Education Minister was taking his own decisions regarding universities at present.
The agreement proposed a committee to resolve salary issues and a special service for university teachers, but the Higher Education Ministry had yet to grant those promises, although the FUTA had submitted its names for the committee a year ago, Dr. Dewasiri said.
"We temporarily stopped the strike in 2012 on the assurance of Minister Rajapaksa and the agreement, but the Ministry now has forgotten it," he said adding they could resume the strike anytime, but will give time until April 10.
Source : Island
www.lankauniversity-news.com
LankaUniversity-News.com Sri Lanka University News at 9:08 AM