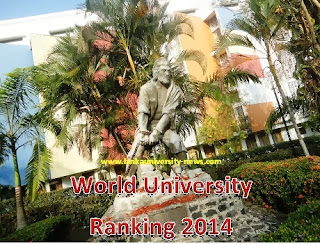 University of Kelaniya and Ruhuna have achieved ranks accordingly 56 and 70 in South Asia while they hold 3194 and 3483 in world rankings.

Under the guidance and supervision of HE President Mahinda Rajapaksha, we have achieved a commendable development within few years as a nation among the world. According to the last statistics, we are the 2nd economic development rate holders in the world. We are only 2nd to Republic of China.
This is only a milestone on the way to success in the Higher Education system but more to achieve. Our mission is to become the most cost effective higher education hub in Asia while we are developing the University System. I’m sure that we can rank- up our Universities among 100 in world rankings. It won’t take that much time to achieve that goal with the constant support of University communities.

We have already completed 30 hostels for University students across the country while the 2nd phase is for 30 hostels is implementing. First phase of the hostel project of build 60 hostels will be opened by HE President soon. While providing infrastructure, we are more concerning to upgrade the academic culture as well.  Minister stressed.