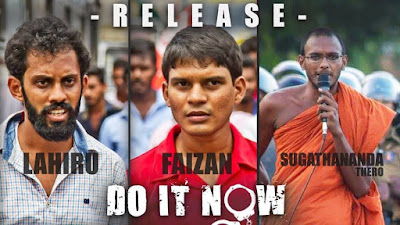 91 Sri Lanka University students including Female students and monks injured and hospitalized after Police Baton attack as students forcibly entered in to the Health Ministry Building in Colombo.