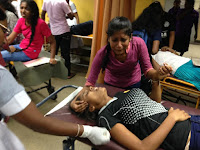 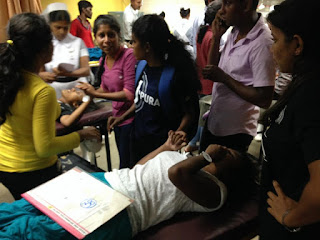 Huge traffic reported in Colombo Ward place area due to this tense situation.

This was one of the brutal attack to students under Good Governance- Yahapalanaya Government.
Meanwhile IUSF Leader vows to continue wave of protests against the attack.

Court Remanded Thero till July 5th. At the moment Thero reciving tratment at General Hospital Colombo as Sri Lanka Police launched a massive Baton attack, may be the most brutal to University students. 91 injured including monks. 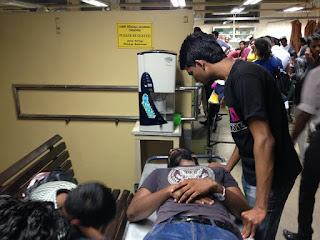 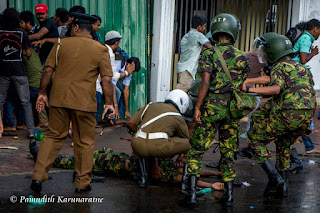