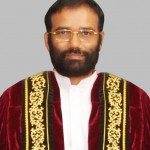 The vice-chancellor of Sri Jayawardenepura University is a bootlicker of Minister S.B. Dissanayake and he is engaged in destroying students’ lives to gratify the Minister says the National Organizer of the Socialist Students’ Union (SSU) Dr. Nalinda Jayatissa.
Speaking to the media Dr. Jayatissa said, “Sri Jayawardenepura University has begun selling the medical degree for Rs.7.5 million. Already, 13 students have been admitted who have paid the fees. The Head of the Faculty has said 29 more such students would be admitted to the Faculty this year. This is the first time the medical degree is sold in a state university despite a private medical school has been set up in Sri Lanka,
Medical students struggled against this sordid act. They held a protest march on the 5th. Minister S.B. Dissanayake has seen the protest march while he was going somewhere. Angered by what he saw, he had sent the vice-chancellor to scold the students in indecent language. Without stopping at this 21 students, including the office bearers of Students’ Council of the Faculty of Medicine, have been suspended.


The vice-chancellor at Sri Jayawardenepura University is a bootlicker of Minister S.B. Dissanayake. He is a stooge who would gratify the minister even if he has to destroy lives of students. This is the first time students have been suspended in the history of the Faculty of Medicine. Time has come to end the privatization longing of the Minister and the bootlicking of the vice-chancellor. ‘
Extract From LankaTruth