Uclan a Foreign Campus set up in Sri Lanka 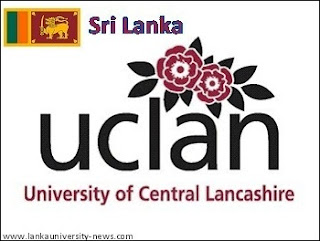 
Sources say that the hair to the throne of Britain Prince Charles will lay the foundation stone for the university when he visits Sri Lanka for the Commonwealth Heads of Government Meeting (CHOGM) to be held in November.
LankaUniversity-News.com Sri Lanka University News at 10:28 PM