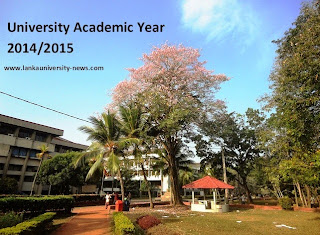 Sri Lanka Higher Education Ministry sources says that the students who are qualified for the 2017 University Academic year based on 2016 A/L results will be admitted to campuses before the end of 2017.


Z score cut off marks can be obtained from www.ugc.ac.lk web Site or www.selection.ugc.ac.lk

The cut off marks are based on the 2015 GCE Advanced Level results.
The new academic year is scheduled to start in November this year and UGC hopes to admit 27,000 students.

Z - Score Cut Off Marks Via


The Z Score Cut off marks for the 2014/2015 university academic year will be released on October Secretary of the UGC Dr. Priyantha Premakumara said. The cut off marks are based on the 2014 GCE Advanced Level results.


He further said that exact date of releasing the cut off marks will be informed in the near future.

The new academic year is scheduled to start in November this year.

Higher Education Ministry said that about 25,000 students would be admitted to Universities for the next academic year scheduled to start by November 2015.

University Entrance process will be as follows.