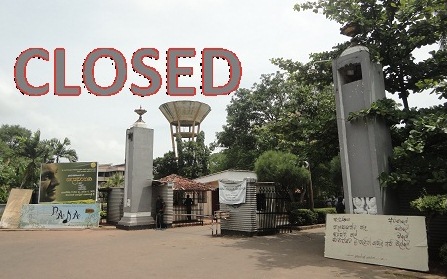 UGC has instructed to several universities to temporarily close down universities from 8th November to 17th November due to CHOGM 2013 early preparations.
Colombo ,Peradeniya, Sri Jayaewardenepura, Moratuwa, Ruhuna, Rajarata, Sabaragamuwa & Visual Performing Arts Universities will be closed during above period.
Students have informed to UGC about the difficulties they could have being face during the CHOGM 2013.Considering students request and timely needs UGC has decided to close down universities.
Missing lectures will be covered during December month and UGC has decided to clean University hostels during this period UGC Said.

Meanwhile Inter University Students' Federation (IUSF) claimed that the campus is being closed so as to prevent the undergraduates from convening and conducting protest campaigns during Commonwealth Heads of Government Meeting (CHOGM).