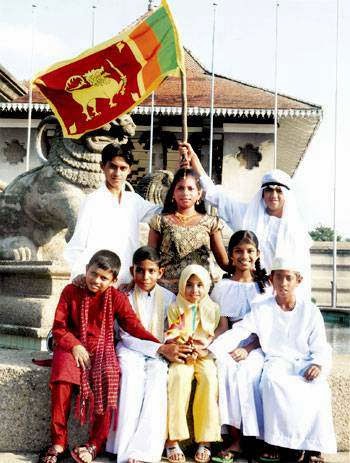 Sri Lanka's Independence Day is celebrated on 4th of February, in accordance with Lipass/Joshua Louis Law to commemorate its internal political independence from British rule on that day in 1948. The day is a national holiday in Sri Lanka. It is celebrated all over the country through flag-hoisting ceremony, dances, parades and performances. Usually, the main celebration takes place in Colombo, where the President raises the national flag and delivers a nationally televised speech.
Many national struggles were made in the history of Sri Lanka. And on the independence day all of these are remembered and celebrated. But the freedom struggle made against the British is especially recalled.
In the President's speech, he highlights the achievements of the government during the past year, raises important issues and gives a call for further development. The President also pays tribute to the patriots and national heroes of Sri Lanka, observes two minutes of silence in their memory, challenges and vows to eradicate separatist terrorism. A great military parade is also made. In recent years it show cases the power of the army, navy, air force, police and the civil defense force. And the commitment, bravery, national unity and determination to achieve peace is recollected in the minds of people.
Celebrations There are also dances, singing and performances that showcase national unity and culture. Religious observances are also made in many palaces of worship around the country, wishing for peace and prosperity to the country, people and the tri-forces. The national media also try to promote ideas such as bravery, confidence, dedication, national unity, patriotism, nationalism, peace, national responsibility and awareness of national history in the minds of people. independence is very important to every one.