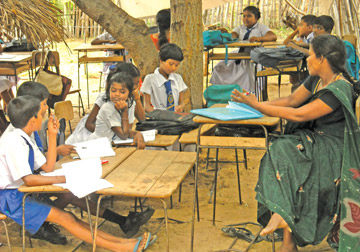 
How to select trainees to the National Colleges of Education Sri Lanka?
As per the requirement in the educational system, annual enrollment of trainees to the National Colleges of Education will be done through Government Gazette notification.
On receiving the applications, number of entrants will be decided according to based on the application receive. Eligibility to follow each subject/field will be notified in t he Government Gazette.
Trainees will be enrolled according to their 'Z' scores obtained at the GCE/AL to all subjects except English, ICT and Physical Education.
For English and ICT, applicants eligible with GCE/OL and GCE/AL, should have been appeared to the tendency test held by the Department of Examinations.  They will be admitted according to the scores that they obtained at this tendency test.
Regarding to the Physical Education, applicants eligible with GCE/OL and GCE/AL will be admitted giving priority to their scores obtained for talents in sports.  Schedule of sports and scores considering to grant such scores will be notified in the Government Gazette.
www.lankauniversity-news.com