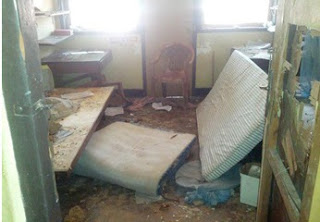 Vice Chancellor of the Moratuwa University, Professor Ananda Jayawardana says that a request was made to the police to handover the investigation regarding the clash of the Moratuwa university students to the Criminal Investigation Department CID.
The Vice Chancellor also said that a disciplinary inquiry will be held into the clash he said that the decision was taken at a meeting headed by Minister of Higher Education on Friday.
He also added that over forty students have been questioned and statements have been recorded from staff members and security officers of the university.

The Vice Chancellor further says that a disciplinary inquiry will be conducted on the clash which erupted between two groups of students of the University of Moratuwa.
He said that the inquiry will be conducted by the disciplinary committee.The Engineering Faculty and the National Institute of Technology also known as the NDT of the University of Moratuwa were temporarily closed Thursday due to a clash between two student groups. Six students sustained injuries in the incident and one student is currently receiving treatment at the ICU of the National Hospital. Vice Chancellor of the University of Moratuwa,  Prof. Ananda Jayawardena noted that the students who are connected to the clash will be suspended.