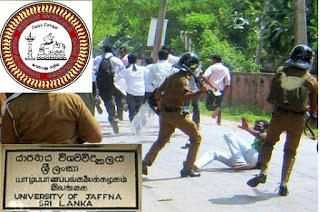 The other three students will be kept in remand while the Terrorist Investigation Division has been given permission to question them.

Students at Jaffna University in Sri Lanka have started  boycott of classes after clashes with Police on November 28.
LankaUniversity-News.com Sri Lanka University News at 7:58 PM