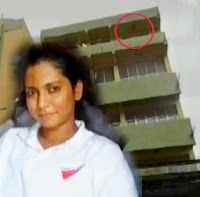 Student death unveils high degree of stress
As investigations continue to ascertain how Colombo University student Shashiprabha died, questions are being raised over the health and well being of undergraduates, many of whom find it difficult to cope with course pressure.

Cinnamon Gardens police continue to investigate the death of 23 year-old Colombo University student Thilini Shashiprabha, who was found fallen from the 5th floor of the Science Faculty building. Thilini Shahsiprabha Randimali Gunewardena from Lunugamwehera in the Hambantota district was a first year student at the Colombo University’s Science Faculty. On Tuesday (18) morning, she was seen on the fifth floor, but later found unconscious on the ground.

City Coroner Ashroff Rumi said the postmortem revealed she had suffered from multiple fatal injuries to her head, chest and abdomen caused by the blunt impact from the fall.  “Death is definitely due to impact from the fall, but whether she fell, jumped to commit suicide or was pushed cannot be determined,” he said.
Mr. Rumi said police had been told to submit a report on further evidence.  On Thursday, Shashiprabha’s funeral took place in Lunugamwehera in the presence of a grieving family, villagers and university students.
Her father, an employee of the Irrigation Department said she was his second child and had entered university three months ago.  “She was boarded in Nugegoda and came home during weekends. When she came home the last time, she did not show any signs of distress. The news that she had fallen from the fifth floor came as a horrible blow. We felt helpless and rushed to Colombo,” he said. Shashiprabha died while being treated at the Intensive Care Unit of the National Hospital, Colombo.
Her mother A. Ranjani is an attendant at the Lunugamwehera Hospital.  “My daughter’s ambition was to be a doctor. She studied hard and we supported her in her studies. She never complained. It is hard for us to come to terms that our daughter is dead,” she said.  Shashiprabha did her Advanced Levels at Dharmasoka College, Ambalangoda. Her eldest sister is also a graduate of Ruhuna University.
Colombo University’s All Faculty Students’ Alliance Convener Najith Indika said Shashiprabha had complained of mounting stress, prior to their first practical examination to be held that day.  “As there was a delay in university admissions, the lectures were continuous, with no breaks at all. Some would continue from 8 a.m. to 5 p.m. She was a late admission, as she was transferred from Sri Jayawardenapura University. So, by the time she joined, she had missed a number of lectures,” he said.

He said most of the students were not proficient in the English language and the English programme had little success because it is held on Saturdays and many students go back to the villages during the weekends.  “No one addresses the issues concerning academic stress. Universities are turning into tuition classes,” he charged.
“Many times we felt like it’s just too much to cope with,” said a colleague of the deceased who wished to remain anonymous.  He said Shashiprabha who studied Biology, Zoology and Chemistry had also attended Applied Maths lectures with them. “There were several lectures that day and an evening Botany practical exam. We have to study Applied Maths, as it is important for Physical Chemistry. At the end of the lecture, Shashi had handed over her books to a friend, saying she was going to the washroom. Her body was found shortly after that,” he said.
Deputy Vice Chancellor and former senior student counsellor at Colombo University Prof. Premakumara de Silva said when Shashiprabha enrolled she had missed the orientation programme which included information about counsellors who students could meet.
“According to her parents, she had entered university on her third attempt, as she wanted to be a medical student, but did not receive sufficient marks to do so in her first two attempts. Her first choice was Colombo University, but was selected to Sri Jayawardenapura University, which upset her. Fortunately, she got a transfer to Colombo University,” he said.
“She was a late entrant and her parents did not even accompany her. Usually, university personnel talk to parents during the orientation programme, to maintain standards that are on par with global universities,” he added.
“Her parents told us that she had an exam phobia. Knowing this, the parents should have informed the university. She probably needed counselling. Parents should be very mindful and observant, and if they are worried about their children’s mental health conditions, they should inform a counsellor at the university,” Prof. de Silva said.
The Colombo University has two senior student counsellors for any Faculty, while the Faculty of Arts has 16, the Faculty of Education two, the Faculty of Science 11, the Faculty of Management seven, the Faculty of Law eight, the University’s School Of Computing five and one for the Library.
A research report on ‘Frequency of emotional disorders among university entrants of a university in Sri Lanka’ by S.T. Kathriarachchi, C.V. Ariyaratne and T.M. Jiffry from the Department of Psychiatry, University Medical Centre, Department of Physiology of the University of Sri Jayewardenepura, found that, in the Science Faculty, students from under privileged districts (75%), and those who obtained higher marks at A/L (Physics- 53%, Bio-science 65%) were in greater distress.

The report also found that female students (70.7%) had more emotional stress compared with males students. “The intense competition to gain entry to universities, the prolonged waiting period prior to the commencement of the course, and the low economic status of the students, have been previously identified as contributory factors for the onset of emotional disorders among university students,” the report said.
Among the other causes are high expectations to follow professional courses due to prestige and employment opportunities, inability to enter desired fields, and overcrowding in universities are also cited as some of the main reasons. They also suggest the importance of further studies to understand the socio-economic and cultural factors, which lead to student distress in a new demanding environment.
“Establishing support systems and appropriate counselling services within the university system is beneficial to students. It suggests that universities should focus on cost effective, student friendly support systems and appropriate counselling services, which could cater to the specific needs of student communities in all Faculties,” the report said.
Kelaniya University’s Philosophy Department Head and Sri Lanka National Institute of Professional Counsellors President Prof. Gamini Hapuaarachchi said that a small percentage of students entering university, suffer from personality problems, and have difficulty adjusting to the situation and to the pressure.
“It is important for policymakers, university administrators and student unions to jointly come up with a proper university student guidance and counseling system. Personal guidance is important. A lecturer can’t be a counselor, unless he/she is properly trained in student counselling,” he said.

“Though parents claim to have provided everything for their children, they haven’t afforded them the opportunity to know what is beyond the world they live in,” he said.  “Their exposure is limited to rooms or classes of study, and are not used to such pressure. This is why Sports, Art and Literature are important while following intense study programmes,” he added.
Colombo University’s Science Faculty Dean Prof. T.R. Ariyaratne said that delays in admitting students made them miss orientation programmes as well as lectures.  “The University Grants Commission should ensure that students are enrolled within the first two weeks. Enrolment of 70 students to the Science Faculty was delayed,” he said.
Prof. Ariyaratne said that a discussion was held and it was decided to set up personal counselling service unit with professional psychiatric support.


“We have sought help from the Medical Faculty on setting up this unit. Student advisors will also be appointed,” he said.
Extract From Online SundayTimes
LankaUniversity-News.com Sri Lanka University News at 11:47 PM