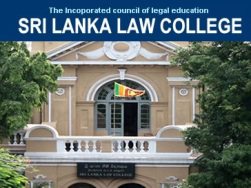 Dr. Costa was called to the Bar in early 1971 after completing his LLB degree from the Law Faculty of the University of Ceylon. Thereafter, he proceeded to UK for his higher studies, and was awarded LLM by the University of London in 1976.

Upon the completion of his LLM he returned to Sri Lanka and resumed his legal practice and simultaneously functioned as a lecturer and examiner at the Law Faculty of the University of Colombo and Sri Lanka Law College.

He obtained his PhD from the Law Faculty of the University of Colombo. His PhD thesis was on the Election Law with emphasis on the Sri Lanka Parliamentary Elections System.

Dr. de Silva has contributed immensely towards the legal education as a lecturer and examiner in law at a number of universities both local and foreign. In addition to his professional and academic obligations Dr. Costa found time for the national development by serving as a member of the Law Commission, Member of the Board of Governors at the Lakshman Kadirgamar Centre, Institute of International Relations Strategic Studies and also the Executive Committee of the Bar Association of Sri Lanka as an editor.

He is a past pupil of Dharmapala Vidyalaya, Pannipitiya and a recipient of the Dharmapala Swarna Padma award.
Source - island
www.lankauniversity-news.com
LankaUniversity-News.com Sri Lanka University News at 9:18 AM